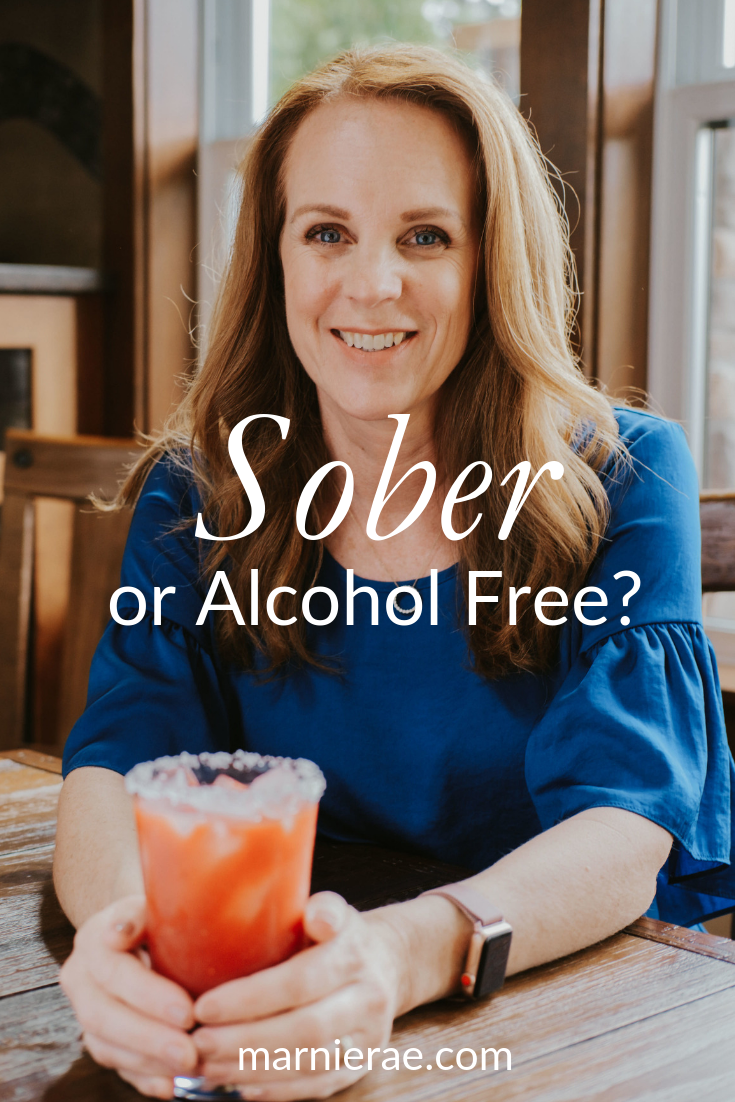 I think it’s time we give you a quick rundown of some vocabulary (after all, it can be a little confusing from time to time). Let’s just dive in…

You know how some people are gluten intolerant or allergic to gluten? Well that’s very different than just being “gluten free”–because being gluten free could be for a myriad of reasons: keto, preference, bloating, etc.

So when someone says they’re alcohol free, know that it doesn’t mean the same as sober.

Being sober means (quite literally): free from alcoholism, not habitually drinking alcohol.

While being alcohol free means: not serving, consuming, or involving alcoholic drinks.

And sober curious? While this isn’t actually in the dictionary, it is a term coined by author Ruby Warrington in her book Sober Curious: The Blissful Sleep, Greater Focus, Limitless Presence, and Deep Connection Awaiting Us All on the Other Side of Alcohol. She explains sober curious in an interview with Vox as “a “wellness” approach to (not) drinking alcohol. It’s about recognizing drinking habits and acting on that understanding. Maybe it means cutting out all alcohol, or just not drinking on weekdays. Warrington added that it’s the idea that alcohol determines our fun, intimacy, friendships, and experiences to the point that some Americans have tapped out of the present and aren’t fully living.”

And words matter. And not to be a stickler and get all hung up on whether someone is actually “sober” or “alcohol free”, I feel like these definitions are important. With new trendy terms like “sober curious” and all of the press around people experimenting with giving up alcohol (which is all REALLY GREAT, don’t get me wrong), I think it’s important that we acknowledge that for many, as my friend Amy Dresner says, “sobriety isn’t a health trend, lifestyle choice or a socio-political statement but a matter of life and death.”

BUT, if you are sober curious, alcohol free, or not drinking at this particular moment – I will call you whatever you’d like because gosh darn, I will support anyone taking a positive step like this to improve their life.

I think the big point of this is to understand and recognize different ways of saying the same thing: NOT. DRINKING. ALCOHOL. Whether that’s tonight, for a month, or for the rest of your life. So when your friend says “no thanks” tonight while you’re out, just be cool and say “no problem” and move on with your night. Don’t make it a thing. Don’t make it a big deal. Don’t play 50 questions. Just order your drink and have a good time:)

There are so many opinions on this subject at the moment, sober curious is a THING (a very cool thing I might add). I’d love to share with you some of the recent articles that have been written on the topic, are you interested in that?